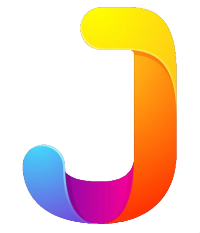 Disclaimer: IKE Smart City is my primary project as a Software Engineer at Orange Barrel Media.

What is a 'Smart City' anyway?

Having gone to the Smart Cities New York Conference in 2019, the short answer is: nobody really knows how to define a 'smart city' yet. The concept itself is too big. Is it purely technological? Is it based on process? Is it determined by average user internet speeds? These are legitimately all valid questions that have been asked about the definition of 'smart city.'

What I can tell you is that if any city ever wants to be considered 'smart,' they must have accessible interactive interfaces by which citizens can communicate directly with the city and the city can respond. A city cannot be considered smart if it can't adequately receive feedback and direction from all of its citizens (not just those more technologically equipped). Similarly, a city cannot be considered smart if it can't quickly and carefully communicate to all of its citizens during times of urgency. Without those two things you will likely end up with a technological city that's out of touch with its citizens or a city that's moving in a direction its constituents don't want. Efficient and accessible two-way communication is a prerequisite for any city to attain the distinction of "smart."

This is where IKE really shines. IKE creates instantaneous, wireless, and fluid communication channels between a city and its residents. I won't go deep into all of the features of IKE myself (check out the main site), but enabling cities to connect with their citizens has been one of the most personally rewarding directions of this project.

A Unique Player in the Space

There are a lot of digital kiosks out there right now and they run the gamut: some made exclusively to collect parking fees, some made to check-in at large events / locations, some made to handle your fast-food orders, and some made entirely to display current transit data. Some are interactive (touchable), some have cameras for security, some offer additional services like WiFi. Overall there are just a lot of companies putting metal things into pavement and calling them digital and smart.

What differentiates IKE in this space isn't directly the tech: it's our team integration. The IKE team isn't just software - it's hardware, deployment, field support, and software all under one roof. We don't outsource any of hardware, software, or support stages to third party companies and we take extremely high levels of responsibility over the platform as a whole. Since the same folks that design the physical components inside an IKE sit just a few feet from me (software engineer), and I sit just a few feet away from deployment & field support, everyone across the platform can immediately jump in if a problem arises. It's this agility that allows us to iterate on the product faster and deeper than I've seen anybody else do.

The major unique benefit we get from having deeply integrated teams is absurd agility. By working closely with one another, our software team is well versed in the technical aspects of an IKE that would otherwise be a black box. We're able to write code that integrates deeper than typical developers do since we know exactly what hardware it'll be operating on and the environment around it. This means that we can build the best features for a sidewalk-bound kiosk and roll them out quickly to the entire nation-wide fleet knowing they'll perform exactly as expected. It also means that our kiosks have extremely high levels of consistency across units. When our in-house field teams go out daily to check kiosks in all of our host cities, uniform performance and reliability is always confirmed.

I can't give too much away here, but here's what I can tell you. IKE is a two-sided kiosk running large HD touchscreens on each side. Each side is its own isolated unit running a Linux distribution with a pre-configured embedded-Chromium-variant browser that points to our platform servers. The kiosk operates all of its real-time networking over an extremely high powered 4G LTE connection and all of the interface components and things you can see on the screen are part of a complex React application that gets shipped over the air. The kiosk also broadcasts free WiFi 24/7 relaying through the LTE data and offers an emergency call button that's an isolated direct-connect system (with recording) to local emergency services. IKEs are rated and tested to withstand anything from Sahara-desert heat to Miami-style hurricanes and automatically adjust their ambient brightness to match the surrounding light so they can stay pleasing to the eye.

If all of that made sense and you'd like more info, call us 😉

If you have any questions about IKE or are interested in hearing more, feel free to get in touch with me directly!